You can build and run a system on today’s hot new hardware in no time at all, without writing low-level code. Simply download free support packages for I/O with MATLAB and automatic programming with Simulink, and you’re ready to go.

This example shows you how to build a motion sensor camera using MATLAB® Support Package for Raspberry Pi® Hardware. In this example you combine a passive infrared (PIR) sensor with a Raspberry Pi Camera Board to build a motion sensor camera. A PIR sensor measures infrared light radiating from objects. The sensor detects the change in the infrared radiation and triggers an alarm if the gradient of the change is higher than a predefined value. You connect the PIR sensor to one of the digital input pins of the Raspberry Pi hardware and monitor the output of the PIR sensor. When PIR sensor detects motion it outputs a logic high value. When you detect a logic high value on the digital input pin, you take a picture and save it on the host computer.

This example shows how to create a connection to the web camera and capture still images. Connect the Raspberry Pi™ board to your host computer. Note: If you have not previously configured your Raspberry Pi board, see Complete Additional Setup Tasks.

The fuzzy logic approach for image processing allows you to use membership functions to define the degree to which a pixel belongs to an edge or a uniform region. 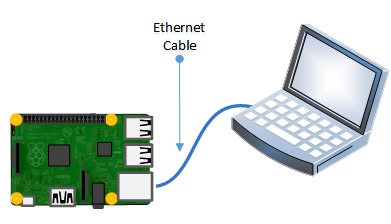 In this example you will learn how to configure a simple Simulink model to generate code for BeagleBone Black hardware and run the generated code on the board to periodically turn and LED on and off.